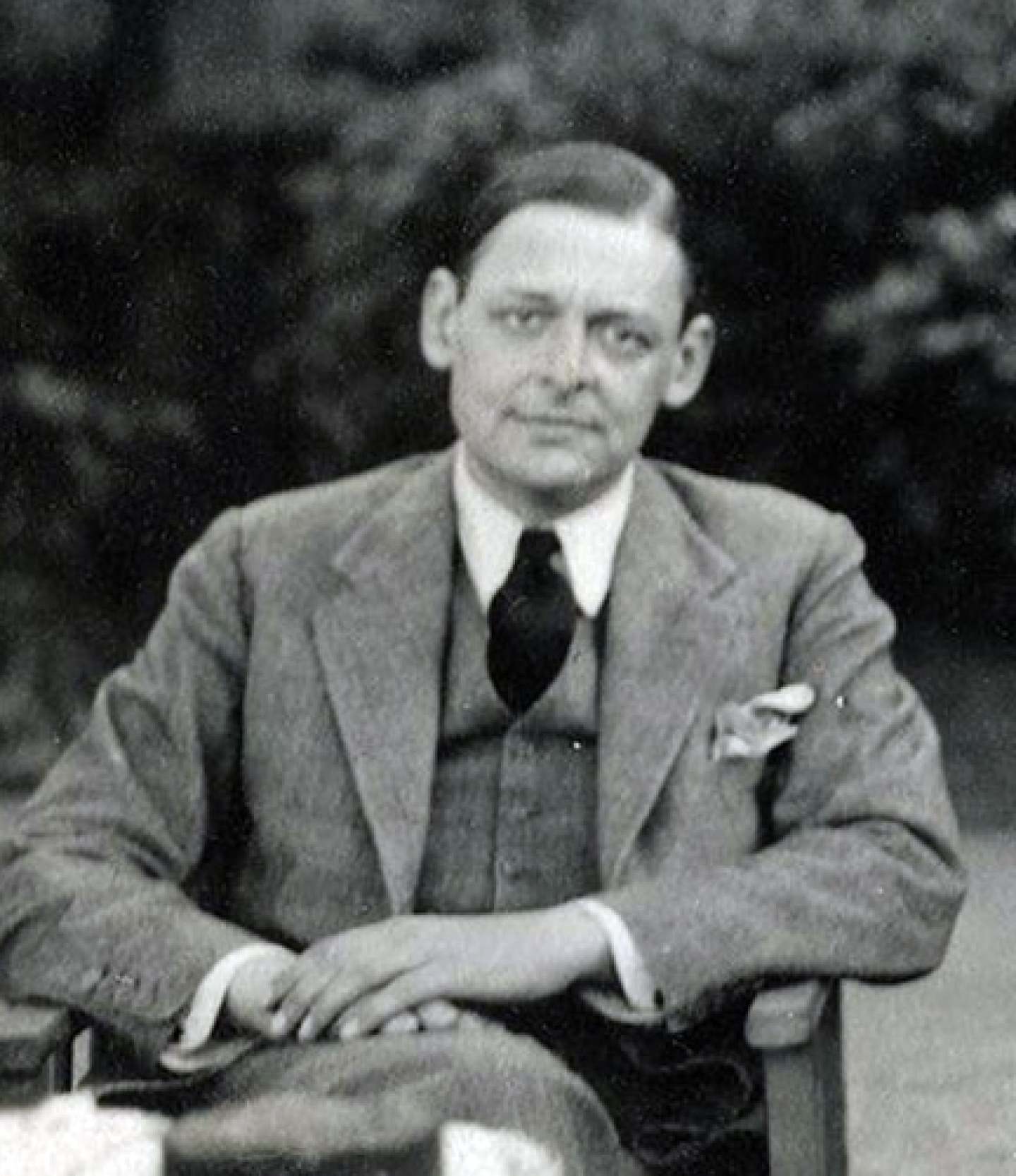 T. S. Eliot, alongside Ezra Pound, is perhaps the most influential poet of the Modernism. The two paved the way for the Imagist movement in poetry that was prominent in the early 20th century. Much like Lawrence, he did not consider Hamlet a success. Eliot said Shakespeare tried to tackle a problem “which proved too much for him”.

Eliot Considered Hamlet a Failure but Loved Shakespeare’s Other Works

Eliot considered Hamlet a failure. But, he praised the two Roman tragedies Coriolanus and Antony and Cleopatra. Strange, because most of the focus of Shakespearean criticism revolves around his ‘major’ works.

There are no major or minor works of Shakespeare. All of them are extraordinary pieces of literature. It’s just that some of his works have been exploited more than others. And critics reviewed what was popular, Eliot included.

Eliot Referenced Shakespeare in His Works

Eliot references Shakespeare’s works in his own. For example, we have two references to Shakespeare’s plays in two of Eliot’s greatest poems. One is in “The Love Song of J. Alfred Prufrock” – a clear reference to Hamlet. The other is in The Waste Land, which contains references to Antony and Cleopatra and Hamlet. To reference someone’s work into your own is the biggest acknowledgment.

“Some can absorb knowledge, the more tardy must sweat for it. Shakespeare acquired more essential history from Plutarch than most men could from the whole British Museum” (Eliot, 1920). All Shakespeare’s works, except for The Tempest, are based on previous works.

Shakespeare embraced this idea of borrowing. He was so well-read that we can see the influence in his works from almost every major work written up until his time. Starting from Ancient Greece, up to contemporary Elizabethan drama/poetry, he appropriated everything. As Eliot points out, Shakespeare was a living encyclopedia of history. This is a feat that few people of his time achieved.

Playwrights in Elizabethan times often used common elements in their plays. You can see them in English Renaissance drama, not only in the works of Shakespeare. “We think of Shakespeare perhaps as the dramatist who concentrates everything into a sentence, ‘Pray you undo this button,’ or ‘Honest honest lago’; we forget that there is a rhetoric proper to Shakespeare at his best period which is quite free from the genuine Shakespearean vices either of the early period or the late” (Eliot, 1920).

Shakespeare did include some everyday phrases from Elizabethan times in his works. Playwriting was a craft after all. So, like any craft, it required catering to the customer to make more money. And the customers were both literate and illiterate.

Shakespeare’s plays catered to everyone. Both the illiterate groundlings (who paid the least to watch the play) and the nobility understood them. The simplest-minded people laughed at what we today think is complex.

Shakespeare Wrote for His Time

Shakespeare included elements from each layer of society in his plays. So, you need to know the political, religious, and everyday life in the Elizabethan era to read his works. These elements without a deep understanding of life in Shakespeare’s time are weird. Which is why you should read my Reading Shakespeare series.

T. S. Eliot on the Soliloquy

The soliloquy is the greatest weapon of Shakespeare and Elizabethan drama. Some of the greatest instances of wordings in literature are Shakespeare’s soliloquies. Eliot accepts this fact. “The really fine rhetoric of Shakespeare occurs in situations where a character in the play sees himself in a dramatic light” (Eliot, 1920).

A lot of people may not have read Hamlet. But they do know the lines of the greatest soliloquy in all of drama: “To be, or not to be, that’s the question.”

It’s a simple, yet profound example of how memorable these soliloquies are.

But, Shakespeare is far more than just the “To be’” soliloquy. There’s Richard’s “Now is the winter of our discontent”. Followed by Macbeth’s “be-all and end-all”. And Prospero’s epilogue, Shylock’s speech on equality – the list goes on.

The Soliloquy Offers a Peak in a Character’s Thoughts

Each of Shakespeare’s soliloquies gives us insight into the character’s thoughts. Through them, the audience understands the character in a way that the other characters of the plays can’t. If spoken directly to the audience, the soliloquy is an “aside”.

The “aside” soliloquy is like a secret that the character entrusts with the reader. And, they become accomplices in the way the character acts. They know a secret of theirs no one else knows.

The soliloquy is an ingenious method of the Elizabethan drama playwrights. And Shakespeare was the solemn ruler over the rest. He crafted the most memorable and profound soliloquies.

What makes Shakespeare stand out from other playwrights are his timeless plays.

We can take any and give it a modern spin without it losing its meaning. Eliot understands this universality of Shakespeare. “Shakespeare is ‘universal’ (if you like) because he has more of these tones than anyone else” (Eliot, 1920). Eliot, again, refers to the ‘borrowing’ that happened in Elizabethan times. After all, it’s no secret that Shakespeare borrowed from Surrey, Marlowe, and Kyd.

Everyone had a specific tone of writing. But, Shakespeare has them all, hence Eliot calling him ‘universal’. Shakespeare managed to perfect everything that he borrowed. This includes the blank verse, the sonnet, the tragedy, and the comedy.

The genius of the Bard is because he didn’t limit himself to a specific tone of writing. Which is what his contemporaries did. Instead, he wrote everything to perfection.

The Sacred Wood: “Hamlet and His Problems”

To view Hamlet as a villain rather than a tragic hero is a repeating topic. It’s like this: He is walking the plank if you will. He sometimes leans to the good side, sometimes to the bad side, but he never falls over in the water.

“FEW critics have even admitted that Hamlet the play is the primary problem, and Hamlet the character only secondary’ (Eliot, 1920). Eliot considers Hamlet one of the major problems of the play.

He argues against the exaggerated modern view on Hamlet. The studies of human psychology happening in Eliot’s lifetime are why he gave this argument.

Sadly, he makes the same mistake that he argues against: Not viewing the play as it should be. Hamlet requires a timeless perspective not burdened by psychological analyses. Nor burdened by religion (as is the case with D.H. Lawrence). Instead, Eliot views it from the prism of the psychological.

Sure, Hamlet does have his problems. But, to reduce him to a mere mentally deranged character is just horrible. Eliot states that “Shakespeare tackled a problem which proved too much for him”. But that is the whole point of the greatness of Hamlet! If he were to be so shallow and understandable by anyone, he wouldn’t have been so great. He would’ve been mediocre.

”Hamlet Is the Mona Lisa of Literature”

Critics often concentrate their arguments around Shakespeare’s most famous works. But, Eliot expands his critical horizon further. “Coriolanus may be not as ‘interesting’ as Hamlet, but it is, with Antony and Cleopatra, Shakespeare’s most assured artistic success. And probably more people have thought Hamlet a work of art because they found it interesting, than have found it interesting because it is a work of art. It is the Mona Lisa of literature” (Eliot, 1920).

A bold statement. But, it proves my notion that sometimes literary geniuses limit themselves. In the case of Eliot, he views something as great as Hamlet through the confines of the psychological.

Comparing a static object, no matter how great or how alive it might seem, to the actual living and breathing Hamlet… Hamlet is everyman! You can’t! He’s burdened by problems like you and I. He tries to resolve them by making mistakes and trying to rectify and learn from each. Like you and I. He has traits shared by all of us and this is why he’s so appealing. Hamlet is not a great tragic character – he is you and I. He is us.

And Hamlet’s like this for a reason. People identify with him and his suffering. And, they leave the performance with a better version of their former selves, which you might know as catharsis.

Eliot over-analyzes Hamlet from a psychological view. He tries to derail the reader from the fact that Shakespeare perfected everything he appropriated. He tries to make you think the Bard was a mediocre writer that was not at all original. And he degrades Hamlet to a lunatic and mocks the cliché lines in the plays.

He even went as far as saying people appreciate the play Hamlet only because they see others do it.

But, in the end, his analysis is lacking. He can’t see the greatness of how Shakespeare’s elements in his plays work. How the bard created his characters in the plays as real people. And this is why although he’s a great poet, he’s a mediocre critic. 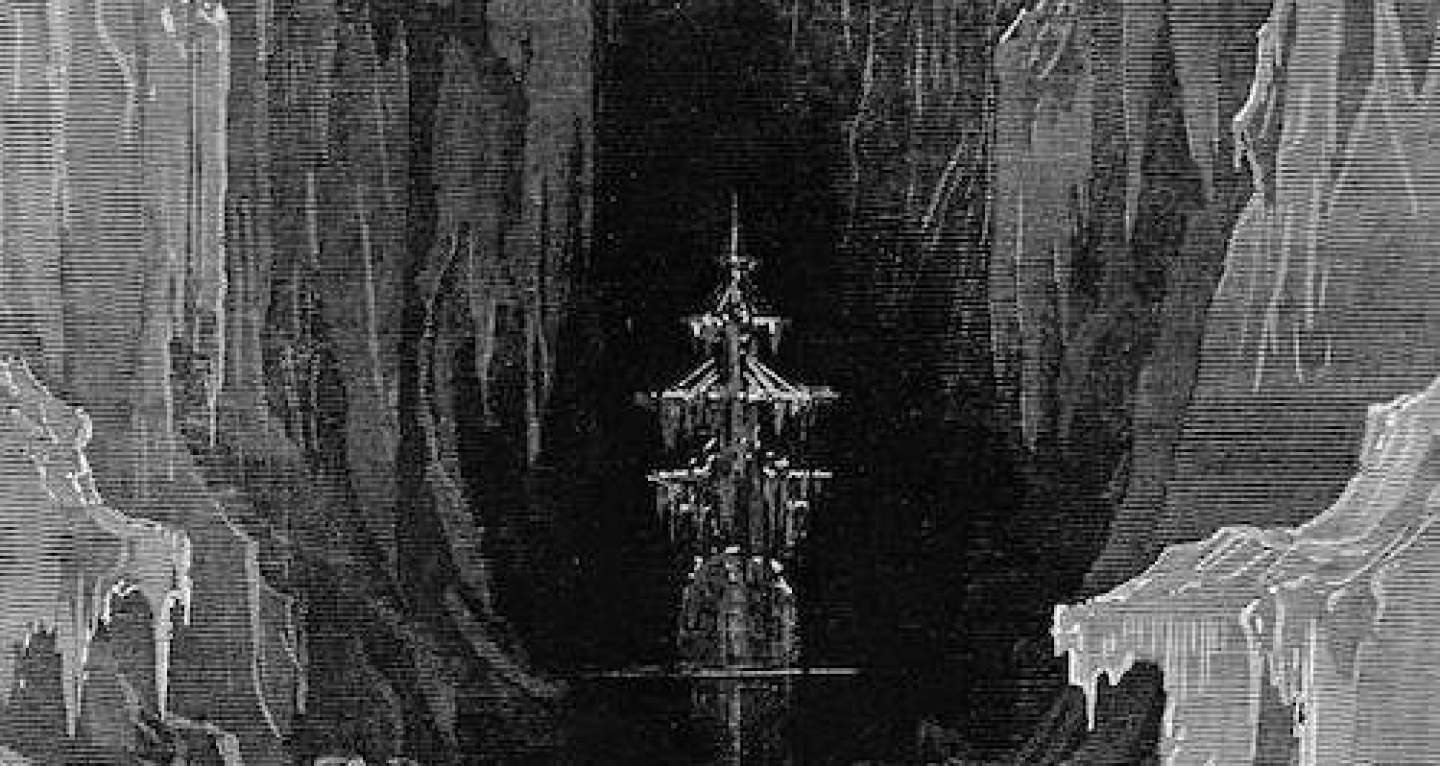 The Rime of the Ancient Mariner’s Supernatural Symbolism

Ah, whenever I hear the name Coleridge, I get a great feeling in my gut. An undisputed genius, and a great poet. Supernatural elements were his thing, and this poem is one of the greatest ever written.

Literary Aside uses cookies from Google to deliver its services, to personal