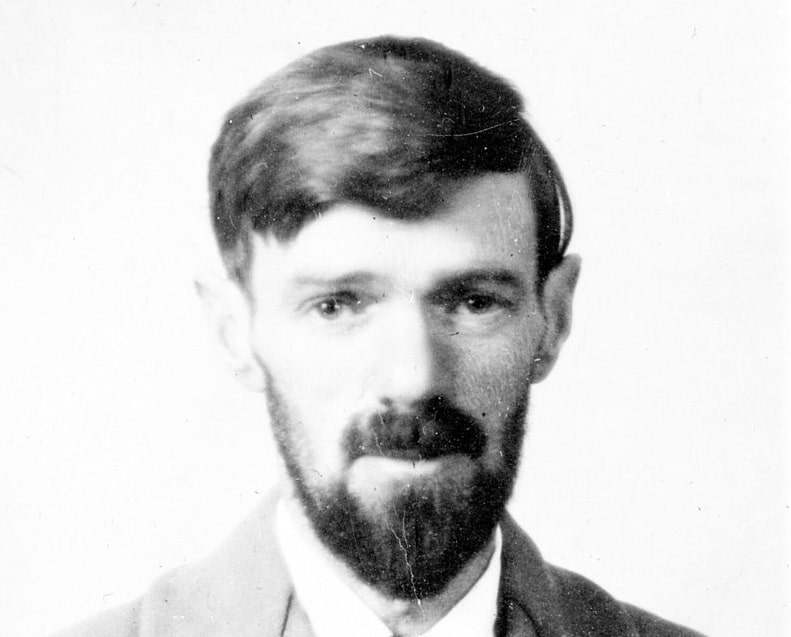 Lawrence is one of the most important novelists of the modernism. He led a somewhat turbulent life for the time he was living in, and this fact rubbed off in his works. Due to controversial topics and events, some of Lawrence’s works were banned during his lifetime. Twilight in Italy is a small book of essays in literary criticism, including his views on Shakespeare’s Hamlet.

Having to look at only positive criticism of Shakespeare would defeat the purpose. Criticism is all about pointing out the flaws in something. So, we need to examine all the ways Shakespeare was received throughout the years. Here we have D.H. Lawrence, one of the biggest names of modernism. He shows an obvious repulsion for everything Hamlet represents. This is very evident in the following excerpt from Twilight in Italy: “I had always felt an aversion from Hamlet: a creeping, unclean thing he seems… His nasty poking and sniffing at his mother, his setting traps for the King, his conceited perversion with Ophelia make him always intolerable. The character is repulsive in its conception, based on self-dislike and a spirit of disintegration” (Lawrence, 1916).

What Does This Mean?

The truth is that there aren’t many negative readings of Hamlet that prove to be on-point. But Lawrence’s is one of the few that actually do hold some weight. He actually points out that Hamlet is a sort of a villain in the play, being prone to self-destruction and the destruction of those around him. In Lawrence’s very own style, sons that hate their mothers are a huge deal. This is a problem which he tackles in Sons and Lovers and is a major plot point of the novel. He interprets Hamlet as a subtle vagabond, always poking his nose in places he shouldn’t. In his eyes, Hamlet is a con-artist setting traps in order to catch the people he considers enemies.

Lawrence Got One Thing Right Though

First things first, I can hardly agree on the notion that Hamlet actually hates his mother. He rather suffers from the same Oedipus complex that William and Paul from Sons and Lovers suffer. The notion that he is some kind of a vagabond waiting in the shadows for the right moment to strike his enemy is wrong. But I won’t go into detail. Still, I must agree with the fact that to achieve his goals, Hamlet destroys the one good thing he has in his life. And this is the worst thing Hamlet does according to Lawrence. He destroys Ophelia. But to say that Hamlet is an intolerable character is a misinterpretation. Sure, Hamlet has his flaws, but don’t we all? What makes a character interesting is his flaws and how he tries to handle them. You can’t achieve this with a perfect character that has no flaws at all. Those are dull and easily forgettable. Hamlet is, as A. C. Bradley says, the secular Jesus.

Lawrence on the Ghost of Hamlet’s Father

The use of supernatural elements was a common element in Elizabethan drama. As a tool, they have an important role in the play’s plot. They represent the character’s inner turmoil, give advice, and advance the plot. But, Lawrence considers the ghost of Hamlet’s father as another utter failure, or as he puts it: “The Ghost is really one of the play’s failures, it is so trivial and unspiritual and vulgar. And it was spoilt for me from the first” (Lawrence, 1916). It’s obvious that Lawrence had a bad experience with a bad staging of Shakespeare. In the essay, besides criticizing Hamlet, he criticizes the actors that performed the characters in plays he attended. This indicates that Lawrence’s opinion of Hamlet as a failure is generally based on bad performances of the play. Staging Shakespeare is no easy feat. Even a single miss in tone, attitude, even attire can make the difference between a successful and lame performance.

Lawrence on the Character of Hamlet

It is no secret that Hamlet is an extraordinary character. The meaning of his greatest soliloquies has puzzled people for centuries. Throughout the years, many different interpretations of Hamlet’s inventions have appeared. Lawrence’s interpretation of Hamlet is one that he attributes to the Renaissance as a whole: “Hamlet has decided that the Self in its supremacy, Father and King, must die. It is a suicidal decision… Yet it is inevitable… And the decision is, not to be. It is the inevitable philosophic conclusion of all the Renaissance” (Lawrence, 1916). Sadly, Lawrence makes a big mistake by trying to analyze Shakespeare through the prism of religion. He looks at Hamlet as a failure of the ‘ideal hero’, who must be noble and sacrifice himself for a noble cause. Shortly, in the eyes of Lawrence, Hamlet fails at everything. Hamlet is not such a one-dimensional character. His inner strife is connected to religion only in the aspect of Hamlet’s doubt about the afterlife. Even there, Hamlet does question what happens to the soul after we die. This is something completely different from what a religious zealot would think happens after living. They would only have two choices – paradise or hell. For Hamlet, the most logical outcome after death is nothingness. Hamlet never aspires to become king. He only wants to make right the wrong done by Claudius, his uncle, and his father’s killer.

Despite everything negative that Lawrence says about Hamlet, in the end, he concludes: ”To be or not to be was the question for Hamlet to settle… It is a question of knowing how to be, and how not to be, for we must fulfill both. [Modern man] has still to let go, to know what not-being is, before he can be…. For the soliloquies of Hamlet are as deep as the soul of man can go, in one direction, and as sincere as the Holy Spirit itself in their essence” (Lawrence, 1916). The endless debate of what the “To be, or not to be” soliloquy actually means has puzzled many people over the centuries. Lawrence gives an acceptable explanation of this speech and of Hamlet’s actual meaning when he utters these words: To understand how to be, we must know how not to be, and vice-versa.

Understanding how to be by knowing how not to be is a problem of the 21st century too. People are so eager to be, that they do not pay attention to what not being is like. An appropriate example is rich people neglecting poor people – the rich people being, the poor people not being. In the true Christian way, as Lawrence puts it, the more fortunate should help the less fortunate. But they don’t since they only know how to be, and not how not to be. If everyone knows both how to be and how not to be, mankind would finally shed its chains of suffering, wars, hunger and begin to form a utopian future. In the end, Lawrence does admit that Hamlet’s soliloquies, no matter how much he hates them, represent a corner in everyone’s mind that is very deep and sincere.